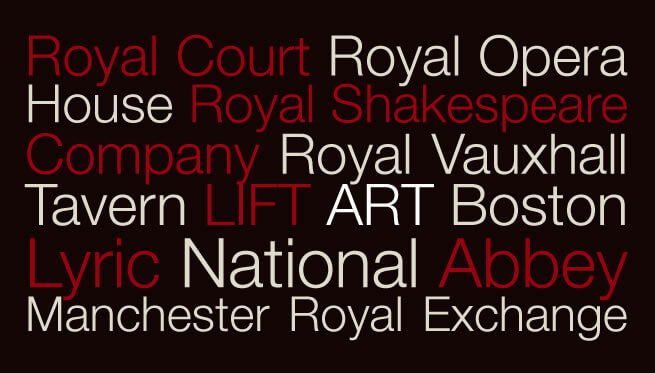 As a director, Neil Bartlett has made work for (amongst others) the National, the Royal Court, The Royal Shakespeare Company, the Lyric Hammersmith, the Abbey in Dublin, The Manchester Royal Exchange, the Bristol Old Vic and the American Repertory Theatre.  He has also staged his own work in many less conventional venues, creating extraordinary theatrical  experiences in abandoned hotel rooms, derelict warehouses, Southwark Cathedral, gay pubs and the Tate Gallery

Neil Bartlett first came to prominence in London in the early 1980’s with a series of controversial performance pieces which soon established the hallmark qualities of his work – personal, passionate and unashamedly theatrical. Some of these pieces were staged at the ICA and the Drill Hall in London ( the latter being home to A Vision of Love Revealed in Sleep, which Bartlett notoriously performed naked ) but most were site-specific, using warehouses, nightclubs and abandoned  buildings. He also worked with Complicite on their award-winningMore Bigger Snacks Now in 1985, which opened on the Edinburgh Fringe and then  transferred to the Donmar Warehouse. The first pieces of his work to be actually staged in theatres were his production of The School for Wives at the Derby Playhouse in 1989 and Sarrasine, which toured to the glamorous surrounding of Frank Matcham’s belle époque masterpiece The Black pool Grand in 1991.

With the collective company GLORIA, Bartlett controversially took the radical imagery and processes of his work into the mainstream, presenting work at the Royal Court, the National, the Traverse and the Goodman in Chicago as well as continuing to stage original devised and site-specific projects. Bartlett directed and wrote or adapted thirteen of the fourteen productions the company created over ten years, also working as a performer in six of them.

The Lyric Hammersmith ; 1994-2004. In 1994, he was appointed Artistic Director of the Lyric Hammersmith in London. His combination of an accessible ticketing policy with boldly eclectic programming turned the reputation of the building around, challenging any received ideas of what could and couldn’t be presented in the intimate setting of a nineteenth-century playhouse.

The first phase of his directing work at the Lyric concentrated on a radical reappraisal of the classic British proscenium-arch repertoire. The abrasive sexual politics of Wilde (The Picture of Dorian Gray), Shaw (Mrs. Warren’s Profession), Rattigan (Cause Celebre) and Somerset and Robin Maugham (The Letter, The Servant) were reframed by stripped-back settings and acerbic delivery , all within the context of the intimacy and luxurious decoration of the Lyric’s fin de siecle interior.

The Lyric seasons also included Bartlett’s stagings of traditional Christmas titles ( a hugely popularCinderella created with Improbable Theatre ) and two notable new adaptations of Dickens; A Christmas Carol in 1996 ( with Richard Briers as  an outstanding Scrooge ) and 2002 ( with Tim Piggott Smith) and Oliver Twist in 2004.

The second half of Bartlett’s work at Hammersmith concentrated on classical titles, performed in his own translations and adaptations. These included Moliere’s Don Juan, two notable Marivaux productions (The Dispute – featuring Martin Freeman – and The Island of Slaves) , Kleist’s The Prince of Homburg (co-produced with the RSC), the British premiere of Genet’s “lost” play Splendid’s with John Cameron Mitchell and an Olivier-nominated production of Shakepeare’s Pericles. This strand of Bartlett’s work – gorgeously theatrical, but based on a rigorous reappraisal of the original texts- then continued after he left the Lyric, with stagings of Marlowe’s Dido, Queen of Carthage for the American Repertory Theatre in Boston and the Auden/Stravinsky The Rake’s Progress for the Aldeburgh Festival . Both of these productions were created with his long-term collaborator, award-winning British designer Rae Smith.

chapter 4: since the Lyric 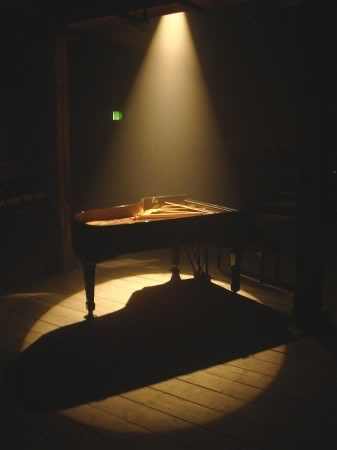 In 2007, he returned to working in the genre he first explored so notably in the 1980’s, site-specific performance, creating a new staging of Genet’s The Maids for the Brighton Festival in an empty room in a seafront hotel, strewn with rose-petals and lit by chandeliers, followed by an austerely atmospheric  staging of Wladsislaw Szpilman’s wartime memoir  The Pianist in the empty attic of a downtown warehouse for the Manchester International Festival.

Other post-Lyric work marked a return to large-scale theatre ; aTwelfth Night  and a Romeo and Juliet for The Royal Shakespeare Company in their new 1000-seat Courtyard Theatre at Stratford; a highly acclaimed radical re-assessment of Oscar Wilde’s  An Ideal Husband at The Abbey Theatre in Dublin, and Everybody Loves A Winner, a major new performance piece for a company of twenty women exploring the secret life of a Manchester Bingo hall , commissioned by the Manchester International Festival as a world premiere for the Royal Exchange in Manchester in 2009. He also returned to his solo performance roots with two new monologues, Helpless, performed at South London’s infamous Vauxhall Tavern on World AIDS Day 2007, and Sleeping Beauty, premiered there in 2010.

In 2010 Neil returned to the National in London with a six-week sold-out run of  Or You Could Kiss Me, a new play written for and staged with designer Rae Smith and Handspring Puppet Company, the Tony-Award winning creators of Warhorse; in 2011 he made new work for The Brighton Festival ( Wilde’s The Remarkable Rocket with Bette Bourne), for The Manchester International Festival ( The Madness of an Extraordinary Plan  with Gerard McBurney, Mark Elder and The Halle Orchestra), and directed Tchaikovsky’s The Queen of Spades for Opera North in a production that starred Dame Josephine Barstow and  transferred to London’s Barbican. In 2012 he premiered a new solo show at the Theatre Royal Brighton for the Brighton Festival;  What Can You Do ? , a retrospective survey of nearly thirty years of his  radical  performance work , and also returned to the Abbey in Dublin, creating a spectacular new  staging  of Wilde’s The Picture of Dorian Gray  which opened in the Dublin Theatre Festival and then went on to play to over 23,000 people.

In 2013, his one-woman show for Jessica Walker, THE GIRL I LEFT BEHIND ME, transferred to New York as part of the Brits Off Broadway festival,  his staging of Britten’s THE CANTICLES with Ian Bostridge played at the Brighton Festival, Aldeburgh and the Royal Opera House ( Linbury Studio), and his own staging of his adaptation of Dickens GREAT EXPECTATIONS played at the Bristol Old Vic. 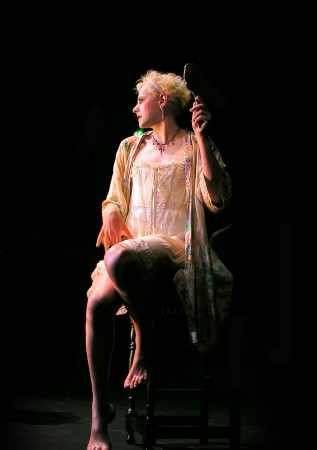 In 2014, his acclaimed new staging of Britten’s OWEN WINGRAVE opened at the Aldeburgh Festival and then transferred to the Edinburgh Festival ; new productions of his adaptation of  A CHRISTMAS CAROL opened at the The Citizens in Glasgow and The Old Red Lion in London.

In 2016 his new theatre piece STELLA – an intimate meditation on the art of courage inspired by the life and death of Victorian cross-dresser Ernest Boulton – opened at Brighton’s Theatre Royal and then transferred to the atmospheric surroundings of Hoxton Hall for a three week run as part of LIFT 2016 before transferring again to Amsterdam for the Holland Festival. Text and direction by Neil Bartlett ; site-specific design by Rae Smith; lights by Rick Fisher ; sound by Christopher Shutt . In 2017, he adapted, directed and  designed an intimate new staging of Albert Camus’s novel THE PLAGUE for the Arcola in East London, attracting rave reviews and sell-out audiences, and then went on to stage a sensational new one-man adaptation of MEDEA for Francois Testory, a show which opened at The Place is London to standing ovations and then went on to tour to eight British cities. In 2019, he staged his largest ever performance-piece. TWENTY FOUR HOURS OF PEACE was created from the testimonies of 100 UK peaceworkers, whom Bartlett had spent a year interviewing. The text was 237,000 word longs; the performance took 24 uninterrupted hours, the 48-strong company included Toby Jones, Miranda Richardson, community performers who ranged in age from 15 to 87 – and Bartlett himself, who took the stage at four in the morning. Staged for one performance only in Manchester’s Royal Exchange Theatre, the text was also listened to around the world in the form a live, 24 hour long radio broadcast of the event.

In May 2021, in one of the darkest months of the Coronavirus pandemic, he collaborated with two of the world’s leading theatre light and sound designers ( Paule Constable and Christopher Shutt ), together with a team of writers drawn from the diverse communities of Brighton, to animate the city’s dark and empty Theatre Royal with a performer-less  dawn-to-dusk installation that bore witness to hope and courage in the midst of that darkness.. Inspired by the music of Couperin’s TENEBRAE, the installation culminated in a unique live performance of the score amidst the silent splendours of the otherwise empty auditorium.

In 2021 he collaborated once again with DUCKIE, and delivered a majestic finale to their celebration of London’s Georgian queer culture, PRINCESS, in the suggestive surroundings of a disused Vuaxhall railway arch. Combining soaring vocals from Francois Testory ( “Sarrasine”, “Medea”), a blistering lip-sync rendition from Dickie Beau of a brand new  Bartlett monologue, and a bevy of dragged-up, beyond-gender beauties, PRINCESS proved that Bartlett can still cut it at the leading edge of queer performance, forty years after he first started…..and brought the house down.

And next, ladies and gentlemen…… 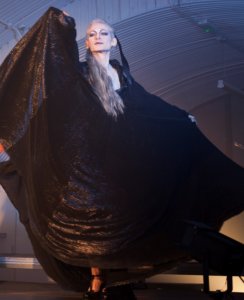 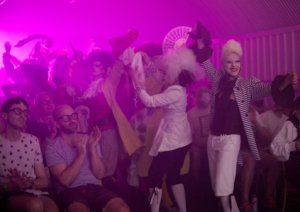 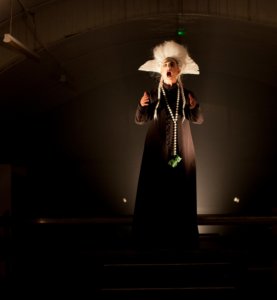 For a full chronology of all Neil Bartlett’s work as a theatre director, please go to his CV on the About Neil page.