Neil Bartlett was born in 1958. He grew up in Chichester, West Sussex, and  now lives in London with his  partner of thirty-two years, author and archivist James Gardiner.

In 1982 he set up his first company, the theatrical collective THE 1982 THEATRE COMPANY ; other early work included street performances with Simon McBurney as part of THE BEECHBUOYS, a clown act influenced by the teaching of Phillipe Gaulier. They appeared together at the first London International Festival of Theatre in 1981, and also (memorably) as support act to the Goth band Bauhaus at the Hammersmith Palais.

Other early works were staged at the ICA, the Drill Hall and Battersea Arts Centre, as well as touring to arts centres (and the occasional nightclub) across the country.

In 1985 he worked as a director for Theatre de Complicite, helping to create More Bigger Snacks Now, the show that won the company the Perrier Award and first brought them to national attention. In 1988, he published his first book, Who Was That Man? a groundbreaking study of Oscar Wilde, and  set up the collective company GLORIA, together with long-term colleagues producer Simon Mellor – who was later to run the Lyric Hammersmith with him – composer Nicolas Bloomfield and choreographer Leah Hausman. The company created and toured fourteen projects over ten years. The shows ranged in form from revivals of  classical plays ( Twelfth Night at the Goodman, Chicago; Marivaux’s The Game of Love and Chance at the National Theatre, London ) to original devised performance (   the queer history “trilogy” A Vision of Love Revealed in Sleep,  Sarrasine  and  Night After Night ). Throughout the work, there was a deliberate challenge to accepted  divisions of  genre between high and low, between “radical” and “traditional” theatrical practice. The pieces were often shown in the unlikeliest of venues; Sarrasine  toured to the populist Edwardian splendours of the 1500-seat Blackpool Grand; the second version of Night After Night took musical comedy- complete with tap-dancing chorus boys and a technicolour dream ballet – to the main stage of  the notoriously literary and puritan Royal Court ; the queer autobiographical monologues of  Seven Sacraments were performed first in a lecture theatre in the London Hospital, then in front of the high altar of Southwark Cathedral. The pieces also often featured unlikely and innovative casting, providing surprising new contexts for established mainstream performers such as Sheila Hancock and Maggie Steed as well as outsider artists and artistes such as Francois Testory, Bette Bourne and Regina Fong.

Throughout the 1980’s and 1990’s  Bartlett  was also busy as an activist, speaking at the  Sex and the State conference in Toronto in 1985, working behind the scenes on London’s first International AIDS Day ( 1986), working on the campaign against Clause 28,  and appearing at benefits and rallies everywhere from the Piccadilly Theatre  to Trafalgar Square, Hyde Park and the  Albert Hall.  He also created a series of short polemic television and video pieces( That’s How Strong My Love Is, That’s What Friends Are For, Now That It’s Morning, Pedagogue), worked as an Artist In Residence at Newcastle Polytechnic and published two acclaimed novels, the first of which, Ready To Catch Him Should He Fall ,was Capital Gay’s Book of the year for 1990 and  the second of which, Mr. Clive and Mr. Page, was nominated for the Whitbread prize in 1996.

In 1994 he was controversially appointed Artistic Director of the Lyric Hammersmith,  with Simon Mellor as Chief Executive .Over a ten year period they transformed this previously run-down venue into one of the most respected theatres in London, combining an eclectic and consistently challenging programme with a radical pricing policy to slowly build a genuinely diverse audience. The range of his directing work  at Hammersmith, which included popular Christmas shows and music-theatre as well as radically reconceived revivals ( notably of Maugham, Rattigan, Kleist, Genet and Marivaux as well as of Dickens and Shakespeare) and collaborations with other leading theatre makers of his generation such as Robert Lepage and Improbable Theatre  again deliberately confounded the categories of  the experimental and the mainstream. In addition, he invited emerging new companies such as Kneehigh and  Frantic Assembly to share the main stage with his own work. In recognition of this work at the Lyric, he was awarded the O.B.E. in 2000.  The transformation of the building was completed by a major rebuild of the front of house areas by architect Rick Mather in 2004. 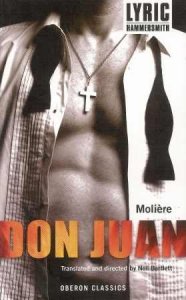 Bartlett left the Lyric in November 2005, bringing the curtain down with a suitably theatrical staging of Moliere’s Don Juan . Since then, he has resumed his career as an independent theatre-maker and author, creating work with leading cultural producers such as the Royal Shakespeare Company, the American Repertory Theatre, The Abbey in Dublin, the Aldeburgh Festival , The Brighton Festival, the Manchester International Festival , the Edinburgh International Festival, the Holland Festival, LIFT, the National Theatre, the Bristol Old Vic, the Arcola and the Royal Vauxhall Tavern – indeed, he is probably the only working British director who has opened a show at the National and RVT in the same week ( which he did in 2010). His plays, translations and adaptations have been and are performed widely across the English-speaking world. His third novel, Skin Lane, was shortlisted for the Costa Award; his fourth, The Disappearance Boy, earnt him a nomination as Stonewall Author of the Year in 2014; his fifth , Address Book, was published to great acclaim in 2021. He has created several large-scale online and interactive projects, including Would You Mind ? at the Wellcome Institute and also Letter an Unknown Soldier ( both in 2014), a latter being a new online war memorial created by twenty-two thousand  members of the public – and  Prime Minister David Cameron. As a director and playwright, his most recent works have been  an acclaimed staging of Albert Camus’ The Plague, a sensational new one-man re-telling of the legend of Medea as re-imagined by Jean-Rene Lemoine, and a roof-raising contribution to the celebration of queer Georgian London entitled Princess that was staged by Duckie in Vauxhall Pleasure Gardens in 2021 ; as a performer, he most recent appearances have included a marathon six-hour reading of Oscar Wilde’s De Profundis from the chapel of  Reading Jail , a one-night-only  revival of his signature 1987 solo performance piece A Vision of Love Revealed in Sleep in the pre-Raphaelite Gallery at Tate Britain, and his astonishing twenty-four-long performance piece  and live radio broadcast for Remembrance Sunday 2019, TWENTY FOUR HOURS OF PEACE. In 2008 he was awarded an honorary doctorate by Brookes University Oxford in recognition of his body of work and of his pioneering and continuing commitment to gay culture and civil rights, and in 2012 he was awarded a second honorary doctorate by the University of Brighton.